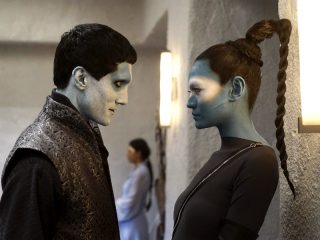 Written By:
Brent Fletcher
Directed By:
Clark Gregg
Our Rating:

When Kasius invites powerful galactic rulers and criminals to bid on his Inhumans, Fitz poses as a ruthless mercenary in hopes of rescuing Jemma and Daisy. Elsewhere on the station, Coulson and the others bear witness to the Kree’s putting young people through Terrigenesis.

Clark Gregg Makes His Directorial Debut on the Show