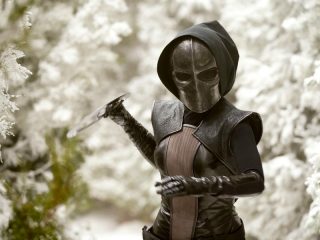 Coulson and Talbot find themselves transported to a frozen forest, where they are pursued by Ruby — who is ready for a confrontation when Daisy shows up. Fitz, Simmons, and Yo-Yo arrive in England on the hunt for a Hydra weapon, and Deke is gravely wounded.

"The Honeymoon" - While an agent's life hangs in the balance, Fitz, Simmons and Yo-Yo attempt to neutralize a weapon that could play a role in Earth's destruction, on "Marvel's Agents of S.H.I.E.L.D.," FRIDAY, APRIL 13 (9:01-10:01 p.m. EDT), on The ABC Television Network, streaming and on demand.

"The Honeymoon" was written by James C. Oliver & Sharla Oliver, and directed by Garry A. Brown.