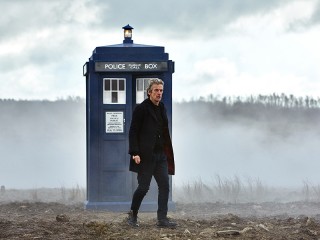 The Doctor and Clara will be back on our screens before you know it!

Ahead of San Diego Comic Con BBC America released the full-length preview trailer for Season Nine of the venerable science fiction series, which premieres Saturday, September 19 (9/8c) on BBC America, and the same day on BBC One in the U.K.

Peter Capaldi returns in his second year as the Doctor, with Jenna Coleman also back in the TARDIS as Clara Oswald. Also returning is Michelle Gomez as “Missy” (despite her character’s evident demise at the end of Season Eight).

Keep up with the series all season long with SciFi Stream’s Doctor Who show guide!