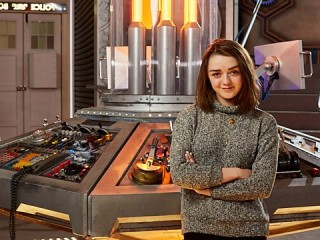 Here’s some fun news for Doctor Who and Game of Thrones fans!

Actress Maisie Williams will guest star in an episode of the upcoming ninth season of the new Doctor Who. Williams plays young Arya Stark on the HBO fantasy hit, which returns for its fifth season on April 12.

“I’m so excited to be working on Doctor Who as it’s such a big and important part of British culture,” Williams said. “I can’t wait to meet the cast and crew and start filming, especially as we’ll be shooting not too far from my home town.”

“We’re thrilled to have Maisie Williams joining us on Doctor Who,” executive producer and head writer Steven Moffat said. “It’s not possible to say too much about who or what she’s playing, but she is going to challenge the Doctor in very unexpected ways. This time he might just be out of his depth, and we know Maisie is going to give him exactly the right sort of hell.”

The BBC said in the same press release that the show is shooting a pair of period adventures, titled “The Girl Who Died” (written by Jamie Mathieson and Steven Moffat) and “The Woman Who Lived” (written by Catherine Tregenna). This seems to be a 2-parter guest-starring Williams — though the network was not explicit in confirming that. 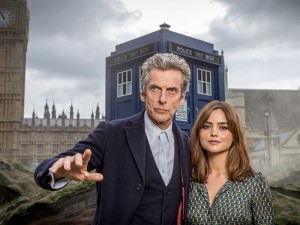 Ed Bazalgette is directing the episodes.

Doctor Who will make its season premiere on BBC and BBC America this fall, with both Peter Capaldi and Jenna Coleman returning as the Doctor and Clara Oswald. In fact, so far it looks like the ninth season will open with no fewer than three back-to-back two-parters.

Stay tuned for more on Doctor Who Season Nine!