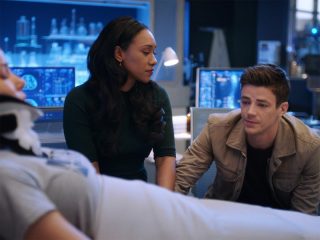 Nora is severely injured in a fight with Cicada, leaving Barry determined to end his enemy once and for all. As the team works to help a group of metahumans on Cicada’s kill list to escape into hiding, Killer Frost and Caitlin have a disagreement over the potential metahuman cure.