When a powerful alien threat arrives on Earth under mysterious circumstances, Barry, Iris and the rest of Team Flash are pushed to their limits in a desperate battle to save the world. But with time running out and the fate of humanity at stake, Flash and his companions will also need to enlist the help of some old friends if the forces of good are to prevail. (The CW)
Discuss | iTunes | Amazon


Despero warns The Flash that great tragedies will befall the speedster and cause him to lose his mind. Once that happens, Armageddon will begin. Determined to prove Despero wrong, Barry doubles down on proving his innocence but a devastating revelation from Iris pushes him to the edge and sends him to seek counsel from Black Lightning. (The CW)
Discuss | iTunes | Amazon


Barry meets Black Lightning at the Hall of Justice after things take a dire turn with Despero. Iris suspects something is off with Despero's vision of the future so she seeks help from a powerful ally. (The CW)
Discuss | iTunes | Amazon


Barry is shocked when Eobard Thawne returns in the most unexpected way, and with a tie to a loved one. Damien Darhk offers advice to Barry but there is a catch. An epic battle begins with Reverse Flash pitted against The Flash, Team Flash, Batwoman, Sentinel, and Ryan Choi. (The CW)
Discuss | iTunes | Amazon


The conclusion to Armageddon presents an opportunity for The Flash to end his lifelong battle with Reverse Flash for good, but the payoff could be too much for Barry and team to handle. Meanwhile, Mia Queen drops in from the future looking to save a lost loved one, and she won't let anything stand in her way. (The CW)
Discuss | iTunes 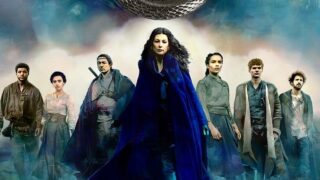