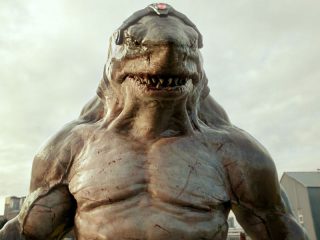 The team hopes to offer King Shark a chance to return to his human life — and the woman he loves — by testing the metahuman cure. But a newly empowered Grodd disrupts their plans, setting up an epic showdown in the streets of Central City.