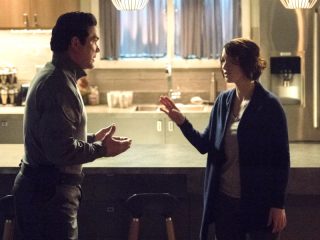 When Cadmus begins to abduct people from the alien registry Alex finds herself torn between her duty and her family, as Jeremiah helps Cadmus move forward with the next phase of their plot. Kara draws upon Supergirl to try and convince Snapper Carr to expose the new threat to the city’s aliens.

As Alex (Chyler Leigh) searches for Jeremiah (guest star Dean Cain) and Kara (Melissa Benoist) investigates a series of alien kidnappings, the sisters realize they must break the rules to foil a new Cadmus plot. In an effort to get Snapper Carr (guest star Ian Gomez) to run a story that would help her stop Cadmus, Kara agrees to set up an interview between Snapper and Supergirl.