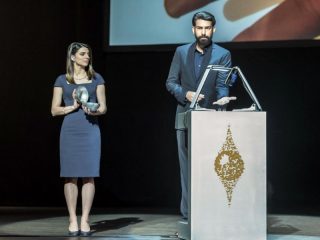 When Lena’s ex-boyfriend comes to town to announce a revolutionary innovation in nanotechnology, Kara finds herself in the middle of a deadly investigation into a potential cover-up. While Lena considers reconnecting with her ex, Jack, Guardian receives some unwanted help on the streets.

Lena's (guest star Katie McGarth) ex-boyfriend, Jack Spheer (guest star Rahul Kohli), comes to National City to unveil his big breakthrough in nano-technology, which has the potential to eradicate all diseases. Lena asks Kara to attend Jack's conference with her for support. When Kara sees Snapper (guest Star Ian Gomez) in attendance she's inspired to tap back into her reporter skills and questions Jack on his discovery, which ultimately leads to a bigger investigation that puts everyone in danger.