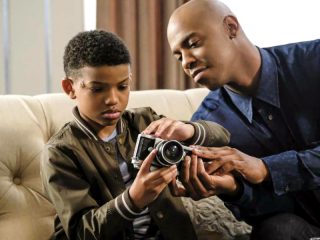 When an alien from a normally peaceful race attacks a public square, James Olsen may be the only one who can find her by getting through to her son. Lena moves forward with her project with Rhea, unaware of the bigger consequences.

"THIS IS US" LONNIE CHAVIS GUEST STARS

When an alien attacks National City, Supergirl (Melissa Benoist) and the DEO learn the alien is a Phorian, an otherwise peaceful race with telekinetic powers. Guardian (Mehcad Brooks) gets a lead on the Phorian's address but instead of finding the culprit, he finds a very scared boy named Marcus (guest star Lonnie Chavis). Marcus will only trust James so it is up to Guardian to stop the attacks on the city. Rhea's (Teri Hatcher) plan escalates.