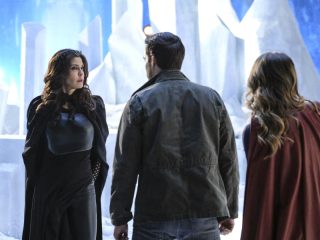 When a high-priced alien bounty is place on Supergirl’s head National City is inundated with bounty hunters from across the galaxy, and Mon-El suspects his parents. Meanwhile, Alex and Maggie’s relationship is complicated when they run into Maggie’s ex-girlfriend.

A large bounty is put out on Supergirl (Melissa Benoist) and aliens from far and near attack National City intent on taking out the woman of steel. Alex (Chyler Leigh) and Maggie (Floriana Lima) run into Maggie's ex-girlfriend, Emily (guest star Hayley Sales), who is in town for a week. Hank (David Harewood) gets an interesting order from President Marsdin (guest star Lynda Carter).