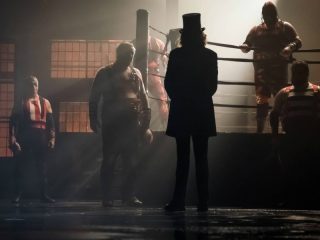 Penguin gains power as he narrows in on the nomination for Mayor of Gotham. Meanwhile, Gordon turns Alice into the GCPD for the bounty. Also, Bruce and Alfred race to find Bruce’s doppleganger after learning he’s assumed Bruce’s identity. (FOX)