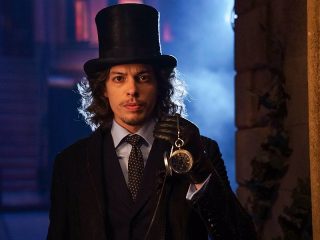 Hypnotist Jervis Tetch/Mad Hatter arrives in Gotham to search for his sister, Alice, and hires Gordon to help find her. Meanwhile, Penguin decides to run for mayor and Bruce’s doppelganger begins to channel him, causing some confusion around town. (FOX)

MAD HATTER ARRIVES IN GOTHAM ON AN ALL-NEW "GOTHAM" MONDAY, OCTOBER 3, ON FOX