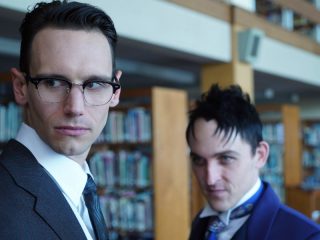 Mad Hatter sets his eyes on his next victims, forcing Jim Gordon to make some tough decisions. Meanwhile, Penguin and Nygma’s relationship evolves, and a familiar face comes back into Nygma’s life. (FOX)

MAD HATTER GETS MADDER ON AN ALL-NEW "GOTHAM" MONDAY, OCTOBER 24, ON FOX