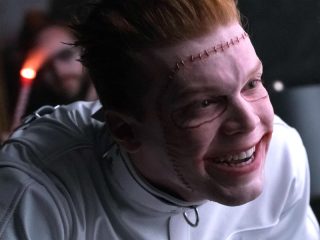 With Jerome on the loose with one target in mind, Bruce and Alfred’s safety is compromised. Meanwhile, Gordon’s uncle Frank pays him a visit, and Nygma and Penguin are forced to confront their issues face-to-face, with possible deadly consequences. (FOX)

TURN THAT FROWN UPSIDE DOWN ON THE ALL-NEW WINTER FINALE OF "GOTHAM" MONDAY, JANUARY 30, ON FOX