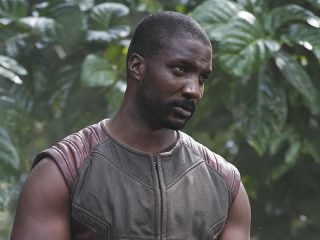 Written By:
Rick Cleveland
Directed By:
Chris Fisher
Our Rating:

Maximus sends a team of powerful Inhumans to aid Auran in tracking down and eliminating the survivors of the royal family on Earth. Black Bolt is sent to county lock-up, and Karnak stumbles into a band of criminals. In Attilan, Maximus tries to convince Crystal to back him.

THE HUNT IS ON FOR THE ROYAL FAMILY, ON AN ALL-NEW EPISODE OF ABC'S 'MARVEL'S INHUMANS'

"Divide and Conquer" - After fleeing their home, The Inhumans desperately search for each other in the wake of Maximus' coup. Now they must learn who they can trust on Earth, on an all-new episode of "Marvel's Inhumans," airing on FRIDAY, OCTOBER 6 (9:01-10:01 p.m. EDT), on The ABC Television Network.

"Divide and Conquer" was written by Rick Cleveland and directed by Chris Fisher.