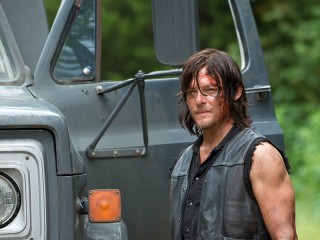 If last fall’s cliffhanger moment for The Walking Dead made you want to leap through the television and strangle the little talker, it’s time to find out what happens to Rick and the survivors as they try to sneak through a crowded town of walkers.

The show kicks off the second half of Season Six this Sunday night — so celebrate Valentine’s Day with your loved one and the zombie apocalypse.

Also this week: Sleepy Hollow returns to FOX Fridays, while Amberle and Eretria are on the run from Elf Hunters in a new episode of The Shannara Chronicles. Team Flash travels through the breach to Earth-2, and on Arrow Oliver faces a difficult choice when Nyssa offers a way to save Thea’s life. 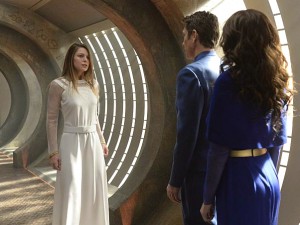 SUPERGIRL
CBS, 8/7c
“For the Girl Who Has Everything.” Kara’s friends must find a way to save her life when a parasitic alien attaches itself to her and traps her in a dream world where her family is alive and her home planet was never destroyed. Also, Alex, Hank and the DEO must fend off a Kryptonian attack while Kara is out of commission. 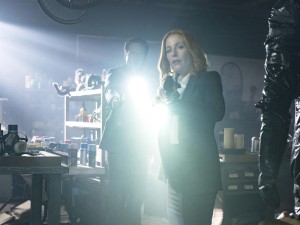 THE X-FILES
FOX, 8/7c
“Home Again.” Mulder and Scully investigate the murder of a city official, a crime that doesn’t appear to have been committed by human hands. Meanwhile, Scully faces deeply emotional feelings about the child she gave up for adoption.
TUESDAY 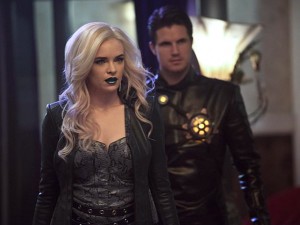 THE FLASH
The CW, 8/7c
“Welcome to Earth-2.” Barry, Wells and Cisco journey to Earth-2 to rescue Wells’ daughter, Jesse, from Zoom. Barry is stunned when he runs into Earth-2 Iris and Joe, but nothing prepares him for meeting Killer Frost and Deathstorm. Meanwhile, back on Earth-1, Jay has to take over the Flash’s responsibilities when a meta-human nicknamed Geomancer attacks Central City. 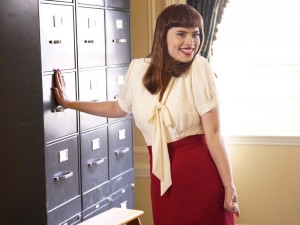 AGENT CARTER
ABC, 9/8c
“The Atomic Job.” As Jarvis’ precision and quick-thinking skills are put to the ultimate test, Peggy must find a way to stop an atomic explosion that threatens to destroy all of California. 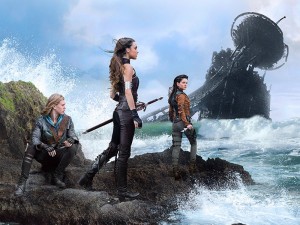 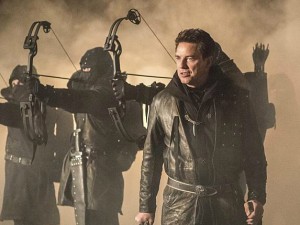 ARROW
The CW, 8/7c
“Sins of the Father.” Oliver receives an offer from Nyssa that is hard to refuse. Meanwhile, Thea continues to battle the blood lust, Malcolm steps in to help his daughter, and Laurel has a heart-to-heart talk with Nyssa.
THURSDAY 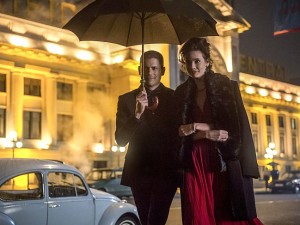 LEGENDS OF TOMORROW
The CW, 8/7c
“White Knights.” When Vandal Savage retreats behind the Iron Curtain in the early 1980s, a string of nuclear scientists begins to mysteriously disappear. The team follows Vandal’s trail straight into the heart of the Soviet Union in an attempt to find his next target. Ray tries to bond with a beautiful Soviet scientist, Valentina Vostock, in the hopes of finding out Vandal’s next move. 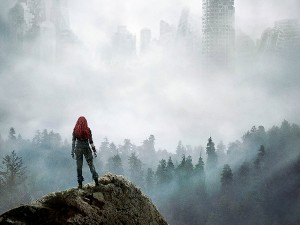 THE 100
The CW, 9/8c
“Watch the Thrones.” Clarke discovers the mastermind behind a devious plan. Kane struggles to keep the peace. Meanwhile, Jasper’s grief drives him to reckless behavior.
FRIDAY 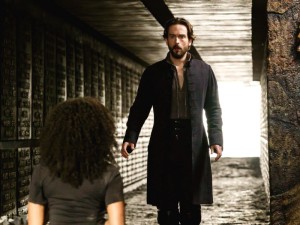 SLEEPY HOLLOW
FOX, 8/7c
“Incident At Stone Manor.” In the quest to save Abbie, Crane and Sophie are forced to battle a supernatural force targeting the citizens of Sleepy Hollow, while Pandora and The Hidden One only grow stronger. Meanwhile, in an effort to find out what truly happened to her sister, Jenny faces an old foe: her father. 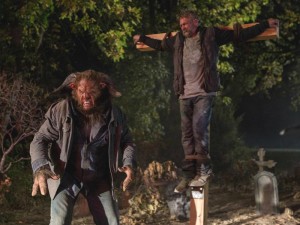 GRIMM
NBC, 9/8c
“Star-Crossed.” A barbaric Wesen ritual is brought to the present and Nick, Hank and Wu are already five steps behind the serial killer. To aid in the investigation, Monroe goes undercover. Meanwhile, Hadrian’s Wall’s war against Black Claw intensifies as Eve uses her unique skills to interrogate a suspect.
SUNDAY 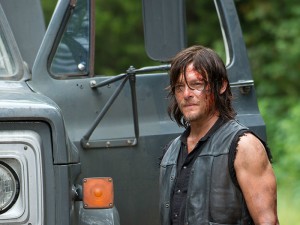 THE WALKING DEAD
AMC, 9/8c – MID-SEASON PREMIERE!
“No Way Out.” While trying to escape Alexandria, Rick and his group meet trouble when sudden noise draws walkers towards them with what could be fatal consequences.