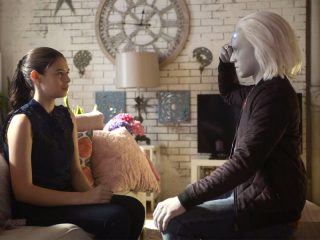 Manchester Black confronts Ben Lockwood in his home, placing Lockwood’s wife in danger. When Nia has a powerful and distressing dream, Brainy and Kara help her to embrace her secret abilities to track down Agent Liberty.

Nia (Nicole Maines) has a powerful dream about Agent Liberty (Sam Witwer) but refuses to look at it as a prophetic dream and pushes it aside. After noticing something is bothering Nia, Kara (Melissa Benoist) enlists Brainy's (Jesse Rath) help, and the two try to persuade Nia to embrace her destiny. Meanwhile, Manchester Black (guest star David Ajala) pays Ben Lockwood a menacing visit.