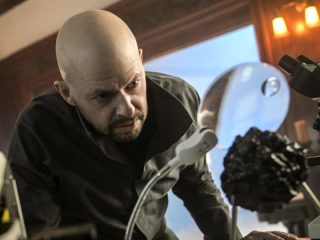 After James is shot Lena turns to her brother, the ailing criminal mastermind Lex Luthor, for help in completing her research — which may be the only way to save both men. Meanwhile Kara joins J’onn on his hunt for Manchester.

Secretly furloughed from prison due to failing health, Lex Luthor (guest star Jon Cryer) visits his sister, Lena (Katie McGrath), to seek her help finding a cure. Savvy as ever, Lena is suspicious of Lex's motives but when she's faced with a life and death situation, she must decide how she truly feels about her brother. Meanwhile, Supergirl (Melissa Benoist) and J'onn (David Harewood) face off against Manchester Black (guest star David Ajala). James' sister Kelly (guest star Azie Tesfai) comes to town.