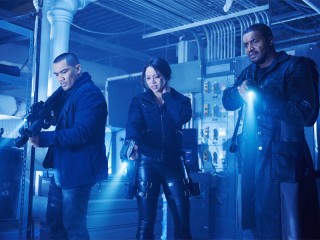 We cover a lot of science fiction and fantasy television year by year, but there’s nothing quite like the feeling of a new show launch? Is it going to be a hit? An instant classic? Will you be eagerly recommending it to your friends next month … or dropping it like a sack of potatoes?

We live in a new golden age of television entertainment, with more than 400 scripted shows reportedly airing last year on broadcast, cable, and digital services. As the higher-profile dramas and comedies continue to grab media headlines and awards, we wondered — Just what new genre shows are really making waves among fans?

So we ran a poll at the end of the year, asking you to choose your one favorite NEW series of 2015. (Scroll down to see the full poll results.) Not surprisingly, like us you seem to be really digging Syfy Channel’s return to outer space with several new series that fall squarely in the category of “classic science fiction.” On the other hand, viewers are also digging DC and Marvel’s newest entries in the ever-expanding sub-genre of comic book heroes … and anti-heroes.

Here are your Top 5 picks in descending order: 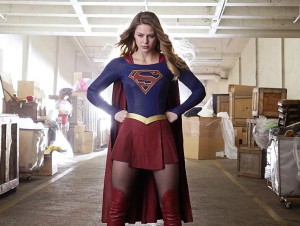 It’s only been on for a few weeks, but we’re digging CBS’s bold entry into the world of superheroes. Supergirl comes from the producers of Arrow and The Flash, with a high-profile heroine and lots of fun Kryptonian backstory (and villains). While the show is so lighthearted that it occasionally slips into the silly, series star Melissa Benoist sells every emotional angle and is a joy to watch. Here’s hoping that Supergirl keeps its ambitions high. 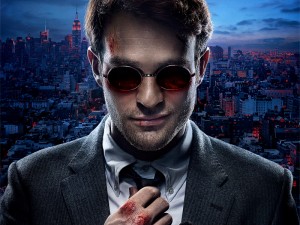 Daredevil had to do a lot of things right: introduce complex characters from the Marvel universe (overcoming a mediocre movie); tell a strong, stand-alone story; set up future Netflix shows to build toward The Defenders; and do it all with the most serious, gritty, “PG-15” tone of any Marvel series to date. Daredevil succeeds on all counts, with a binge-worthy origin story that even makes you root for the villain (Vincent D’Onofrio’s Wilson Fisk) from time to time. Season Two promises the Punisher, Elektra, and … more Stick, please. 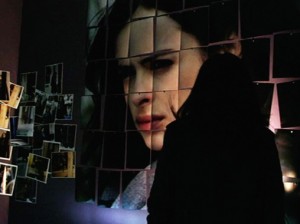 Edging out Daredevil is Netflix’s second entry in its Marvel series, the incredibly ambitious Jessica Jones. Krysten Ritter very capably carries the show on her back through 13 episodes, combining the exciting, the funny, the dramatic, and the profoundly disturbing. David Tennant is fantastic as Kilgrave, who has the power to make anyone do whatever he wants merely by speaking a word. The series is a meditation on abuse and sexual violence unlike anything we’ve seen on television: while not for the faint of heart, this is a deeply rewarding show. 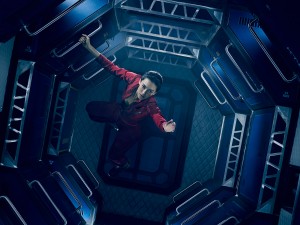 2. The Expanse
Tuesdays on Syfy

Also a late-comer in 2015, The Expanse premiered in December and seems to have more buzz than any show Syfy has put forward in years. This is a complex drama that demands that you pay attention, interweaving storylines and sometimes playing character motivations close to the vest. We’re not quite ready to award it the title of “Battlestar Galactica‘s Worthy Successor” (as some say), but the show is full of promise and is only getting better by the hour. … And it’s already been renewed for a second season.

Also set in space but with a lighter, more adventuresome tone than The Expanse is the summer hit Dark Matter, which comes from former Stargate producers Joseph Mallozzi and Paul Mullie. Season One grabbed us with an intriguing premise — the slowly un-spooling mystery of who this crew is, and who erased their memories — and let us get to know the characters at the same time that they were getting to know themselves again.

This year we’re hoping for more world-building and still higher stakes. Now that we know the crew (and some of the big questions have been at least partially answered), what is it that will compel One, Two, Three, Four, Five, Six, and the Android to stay together and keep the Raza flying?

The complete results of our end-of-year poll are below. What was your favorite new show?

Vote in our new 2016 poll over in the right-hand column of the page!