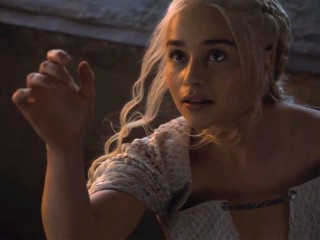 The new season of cable’s epic fantasy drama is only weeks away! Game of Thrones premieres its fifth season Sunday, April 12 (9/8c) on HBO.

The 10-episode season takes the show across the Seven Kingdoms, from the distant lands of Dorne and Bravos, to Castle Black and north of the Wall, and to Daenerys Targaryen’s growing stronghold — and growing dragons — across the Narrow Sea.

Check out the two trailers below.