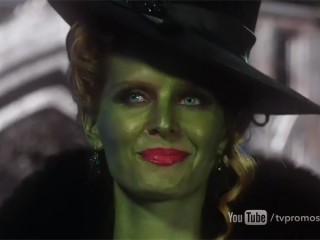 After a great fall storyline in Neverland, Once Upon A Time has signed off until next year.

ABC has aired the teaser for the show’s return on March 9. The twelfth episode of Season Three is titled “New York City Serenade.”

In the meantime, keep up with the series in our Once show guide!

What did you think of the first half of Once Upon A Time‘s third season?