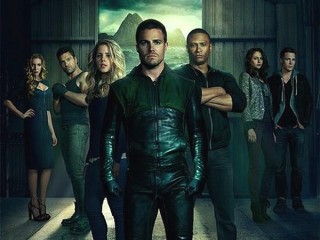 We’re almost to the important November sweeps period, and today The CW let loose with lots of episode details for the next three weeks!

Here’s what is coming up for the network’s science fiction and fantasy shows. For the full list of episodes for the current season, click on the show title to visit the series guide.

November 6 – “League of Assassins.” THE CANARY SINGS – While Oliver (Stephen Amell) tends to the Canary’s (Caity Lotz) wounds, he tries to get her to talk about where she came from but she refuses. However, after Oliver and the Canary are attacked at the Queen mansion by a trained killer from the League of Assassins, she confesses to having a connection to the nefarious group.

November 20 – “State V Queen.” MOIRA FIGHTS FOR HER LIFE; THE COUNT RETURNS – Oliver (Stephen Amell) is concerned when a mysterious illness sweeps the city, infecting hundreds of people, including Diggle (David Ramsey). Oliver discovers Vertigo in Diggle’s blood and realizes The Count (guest star Seth Gabel) has broken out of prison and is once again distributing his drug.

November 5 – “Fruit of the Poisoned Tree.” TRUST ISSUES – When Klaus (Joseph Morgan) discovers Hayley’s (Phoebe Tonkin) life is being threatened, he goes to extreme lengths to protect her and their unborn baby. Feeling as though he can trust no one, Marcel (Charles Michael Davis) visits an old friend to seek out some advice, while Davina (Danielle Campbell) takes steps to learn how to control her magic.

November 12 – “Bloodletting.” A BLAST FROM THE PAST – When someone from Hayley’s (Phoebe Tonkin) past makes a startling revelation, she grows concerned for herself and the baby. Amidst growing tensions between them, Klaus (Joseph Morgan) and Elijah (Daniel Gillies) turn to Sabine (guest star Shannon Kane) for help in locating Hayley, who has gone missing, and Marcel (Charles Michael Davis) makes Rebekah (Claire Holt) an enticing offer that leaves her torn. 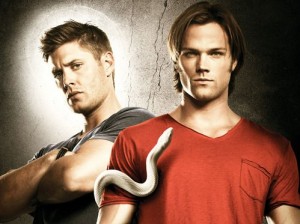 November 5 – “Dog Dean Afternoon.” Sam and Dean investigate two gruesome murders and realize that a German shepherd witnessed both deaths, so they use a spell that allows Dean to communicate with the dog. Unfortunately, the spell comes with unexpected side effects.

November 12 – “Heaven Can’t Wait.” CASTIEL GETS A JOB – Castiel (Misha Collins) gets a job at a Gas-N-Sip and actually starts to enjoy life as a human. A headline in the local newspaper about some disappearances in the area catches his eye, so he calls Dean (Jensen Ackles) to help him investigate the case.

November 19 – “Bad Boys.” YOUNG DEAN – Dean (Jensen Ackles) gets a call from an old friend named Sonny (guest star Blake Gibbons) asking for help with a ghost. Sonny runs a home for delinquent boys, and Dean was sent there for stealing food when he was younger. Sam (Jared Padalecki) is stunned he never knew this about his brother and asks for more information, but Dean dodges his questions. 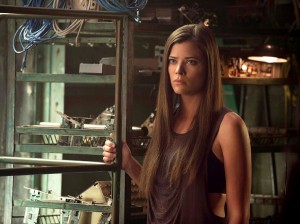 November 6 – “All Tomorrow’s Parties.” FIGHT FOR THE RIGHT TO PARTY – After Stephen (Robbie Amell) breaks Ultra protocol during a training exercise, Jedikiah’s (Mark Pellegrino) mysterious boss insists on meeting Stephen. Stephen grows concerned when he learns Jedikiah is unable to protect him, so he turns to John (Luke Mitchell), who is only interested for selfish reasons.

November 13 – “Sorry For Your Loss.” FAMILY BONDS – When Stephen (Robbie Amell) and Russell (Aaron Yoo) head out for a night of fun, they run into a potential new break-out. Meanwhile, Jedikiah (Mark Pellegrino) has a shocking secret that could destroy his career.

November 20 – “Limbo.” NO MANS LAND – When Stephen (Robbie Amell) decides to have some fun with his newfound powers, Jedikiah (Mark Pellegrino) takes extreme measures to make sure it doesn’t happen again. After John (Luke Mitchell) and Russell (Aaron Yoo) return from their trip, John feels a strange tension between himself and Cara (Peyton List). Stephen tries to handle a new and dangerous breakout on his own, but finds himself in over his head and needing help from his fellow Tomorrow People. 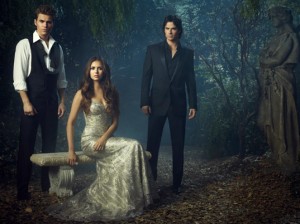 October 31 – “Monster’s Ball.” COSTUME PARTY OF THE DAMNED – Elena and Damon (Ian Somerhalder) attend the Whitmore Historical Ball dressed as Anne Boleyn and Henry VIII. At the Ball, Elena shares a dance with Dr. Maxfield (guest star Rick Cosnett), who has a disturbing message for her. Caroline’s (Candice Accola) evening at the Ball takes her from happiness to heartbreak.

November 7 – “Handle With Care.” INDESTRUCTIBLE – Tessa (guest star Janina Gavankar) confidently tells Stefan (Paul Wesley) about her next move, then realizes that Silas (Paul Wesley) has managed to outsmart her. A desperate Katherine (Nina Dobrev) discovers a new and unexpected consequence of becoming human again, and Damon (Ian Somerhalder) is stunned when he figures out the secret to Tessa’s plan.

Nikita will also return with its new fourth season on November 22. For the full run-down of all of The CW’s shows — also including Reign, The Carrie Diaries, Beauty and the Beast, Hart of Dixie, and more — see the original press release.