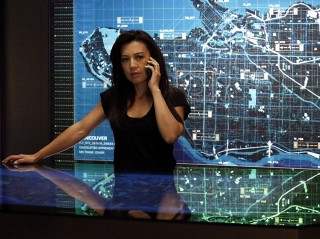 Written By:
Paul Zbyszewski
Directed By:
Billy Gierhart
Our Rating:

S.H.I.E.L.D. takes Raina into protective custody after Hydra tries to grab her — led by Agent May’s evil twin. Coulson leads a team to enter the ancient city, but get more than they bargained for.

COULSON'S QUEST ERUPTS WITH THE SHOCKING SECRETS OF THE ANCIENT CITY, ON "MARVEL'S AGENTS OF S.H.I.E.L.D." ON ABC

"... Ye Who Enter Here" - SHIELD discovers the ancient city before Hydra, but uncovering the secrets may require one of Coulson's team to make the ultimate sacrifice. Meanwhile, May and Skye race to get to Raina before Whitehall takes her, on TUESDAY, DECEMBER 2 (9:00-10:00 p.m., ET) on the ABC Television