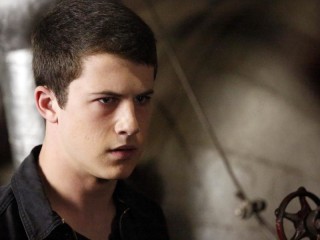 Written By:
Monica Owusu-Breen
Directed By:
Bobby Roth
Our Rating:

With a new job working for the enemy Jemma learns that Hydra is attempting to recruit Donnie Gill, the young man with dangerous freezing abilities. While Coulson’s team races to reach Donnie first, a Hydra operative attempts to brainwash a captured S.H.I.E.L.D. agent.

COULSON AND HIS TEAM HUNT A FAMILIAR FACE AS SIMMONS' LIFE HANGS IN THE BALANCE, ON "MARVEL'S AGENTS OF S.H.I.E.L.D." ON ABC

"Making Friends and Influencing People" - Coulson and his team race against Hydra to get to Donnie Gill -- a dangerous gifted with the ability to freeze objects -- while Simmons is caught in the crossfire, on "Marvel's Agents of S.H.I.E.L.D.," TUESDAY, OCTOBER 7 (9:00-10:00 p.m., ET) on the ABC Television