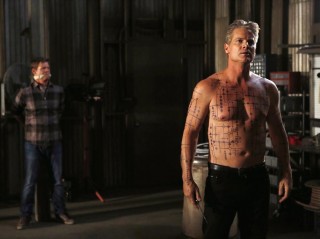 Written By:
Craig Titley
Directed By:
Vincent Misiano
Our Rating:

Coulson puts his sanity on the line to locate a former TAHITI patient, who is tracking others like him in order to solve the mystery of the alien glyphs. Meanwhile May’s team catches up with an elusive Ward.

COULSON UNCOVERS A STRING OF DEATHS WITH ONE THING IN COMMON... HIS ALIEN WRITING ON "MARVEL'S AGENTS OF S.H.I.E.L.D." ON ABC