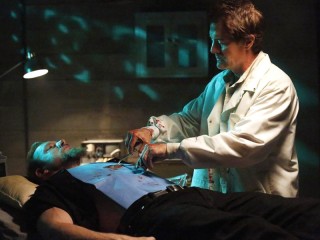 Written By:
Brent Fletcher
Directed By:
Holly Dale
Our Rating:

When Hydra uncovers the presence of a mole in their ranks, Jemma comes under scrutiny from their ruthless security chief, Bobbi Morse. Under pressure from Skye’s mysterious father, Raina reaches out to Coulson in an attempt to force a family reunion.

COULSON AND HIS TEAM COME FACE-TO-FACE WITH BOBBI MORSE, ON ABC'S "MARVEL'S AGENTS OF S.H.I.E.L.D."

"A Hen in the Wolf House" - Coulson's team is up against the beautiful and deadly Bobbi Morse -- Security Chief for Hydra. Meanwhile, Skye's father forces Raina to reunite him with his daughter at any cost, on "Marvel's Agents of S.H.I.E.L.D.," TUESDAY, OCTOBER 21 (9:00-10:00 p.m., ET) on the ABC Television Network.