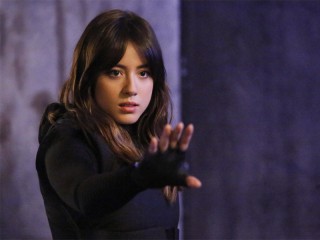 Coulson convinces Gonzales to back a mission to infiltrate a Hydra facility and rescue Mike and Lincoln, who are being subjected to experiments by a scientist wanting to create and control powered people. Raina realizes the extent of her true powers, and Jemma hatches her own plan against Grant Ward.

ENEMIES MUST COME TOGETHER, ON "MARVEL'S AGENTS OF S.H.I.E.L.D."

"The Dirty Half Dozen" - Gonzales and Coulson must find a way to put their differences aside and work together against Hydra, even if it means teaming up with someone they don't trust, on "Marvel's Agents of S.H.I.E.L.D.," TUESDAY, APRIL 28 (9:00-10:00 p.m., ET) on the ABC Television Network.