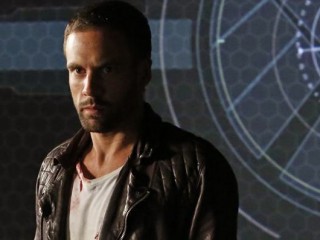 Written By:
Paul Zbyszewski
Directed By:
Jesse Bochco
Our Rating:

After one of their mercenary associates is captured, the team worries that their operation could be compromised. May tracks the dangerous Creel — who is experiencing problems with his ability — and Fitz struggles with his inability to help retro-engineer a cloaking device.

WITH THE ARMY AND HYDRA IN HOT PURSUIT, COULSON TAKES A DESPERATE GAMBLE TO SAVE HIS TEAM, ON ABC'S "MARVEL'S AGENTS OF S.H.I.E.L.D."

"Heavy is the Head" - Hunted and running out of solutions, Coulson puts his team right in the line of fire in the hopes of saving them all. But with General Talbot, Hydra and Creel all on the attack, can they possibly survive? Meanwhile, a mysterious Doctor (Kyle MacLachlan) harbors some dangerous secrets that could destroy one of our core team members, on "Marvel's Agents of S.H.I.E.L.D.," TUESDAY, SEPTEMBER 30 (9:00-10:00 p.m., ET) on the ABC Television Network.