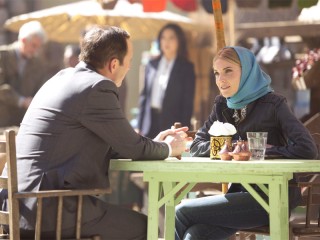 Written By:
D.J. Doyle
Directed By:
Garry A. Brown
Our Rating:

Skye continues her training with Jiaying, and gains new insight into the secret community of meta-humans. May has to choose sides when evidence against Coulson mounts, pressing her to recall the fateful mission in Bahrain that made her who she is today.

THE SECRET ORIGIN OF MELINDA MAY IS REVEALED, ON "MARVEL'S AGENTS OF S.H.I.E.L.D."

"Melinda" - The story of Melinda May's transformation into "The Cavalry" is revealed as she finds herself at a crossroads in the war between Coulson and Gonzales. As Skye learns more about her true heritage from Lincoln, the truth about the Inhumans will send her in a new direction, on "Marvel's Agents of S.H.I.E.L.D.," TUESDAY, APRIL 14 (9:00-10:00 p.m., ET) on the ABC Television Network.