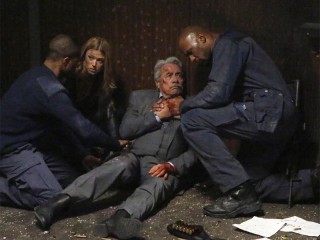 After Coulson’s team discover that two of their own have loyalties to someone else, they find themselves under siege by another group calling themselves S.H.I.E.L.D. Elsewhere, a visitor helps Skye begin to see her new potential.

COULSON AND TEAM ARE UNDER SIEGE AND MAY NEVER RECOVER, ON "MARVEL'S AGENTS OF S.H.I.E.L.D." ON ABC

"One Door Closes" - War comes to Coulson's doorstep in a way he never anticipated as shocking revelations are brought to light, and Skye struggles to control her new abilities but will soon make a decision that irrevocably changes her life, on "Marvel's Agents of S.H.I.E.L.D.," TUESDAY, MARCH 31 (9:00-10:00 p.m., ET) on the ABC Television Network.