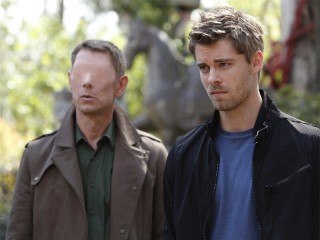 After the Inhumans discover that S.H.I.E.L.D. possesses an artifact that is connected to a prophecy of their doom, Skye finds herself caught between both worlds. Coulson reveals the secret of Theta Project to his new allies.

"Scars" - Skye is torn between her loyalty to S.H.I.E.L.D. and her connection to the Inhumans as tensions rise between the groups -- and Coulson reveals a secret he's been hiding from even those closest to him, on "Marvel's Agents of S.H.I.E.L.D.," TUESDAY, MAY 5 (9:00-10:01 p.m., ET) on the ABC Television Network.