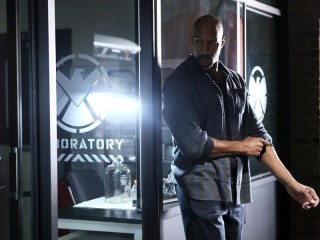 Written By:
Brent Fletcher
Directed By:
Jesse Bochco
Our Rating:

Ward and Agent 33 embark on a personal mission. Hunter finds himself in hot water after discovering Mack and Bobbi’s secret, putting him face-to-face with the man targeting Agent Coulson.

AS COULSON STRUGGLES TO KEEP THE TEAM TOGETHER, BOBBI AND MACK REVEAL THEIR TRUE ALLEGIANCE, ON "MARVEL'S AGENTS OF S.H.I.E.L.D."

"Love in the Time of Hydra" - Coulson and his team are still reeling from a shocking revelation that leaves the team fractured as they must decide what to do with one of their own. Meanwhile, Bobbi and Mack reveal their true allegiance to Hunter, while elsewhere, Ward and Agent 33 embark on a personal mission, on "Marvel's Agents of S.H.I.E.L.D.," TUESDAY, MARCH 24 (9:00-10:00 p.m., ET) on the ABC Television Network.