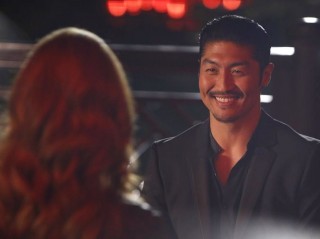 Hydra attacks the United Nations posing as S.H.I.E.L.D., turning the world against the team. While May, Hunter, and Bobbi meet with a weapons dealer, Skye turns to Ward for help with his Senator brother.

COULSON AND TEAM ARE CAUGHT IN THE CROSSFIRE WHEN S.H.I.E.L.D. IS FRAMED FOR DEVASTATING ATTACKS, ON ABC'S "MARVEL'S AGENTS OF S.H.I.E.L.D."

"A Fractured House" - The world turns against S.H.I.E.L.D. when Hydra impersonates them to attack The United Nations, and an unexpected enemy leads the charge to bring about their downfall, on "Marvel's Agents of S.H.I.E.L.D.," TUESDAY, OCTOBER 28 (9:00-10:00 p.m., ET) on the ABC Television Network.