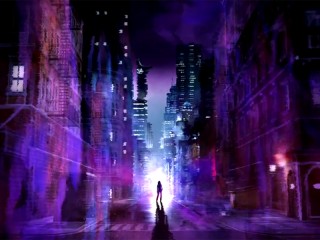 Netflix garnered significant buzz with its spring comic book hit Daredevil, a gritty look at the street-level of the Marvel cinematic universe. This fall phase two of its Defenders roll-out arrives.

The online streaming service today released the first teaser video for Marvel’s Jessica Jones, a 13-episode series set in the Hell’s Kitchen neighborhood of New York City and introducing another character from the Marvel pantheon.

Jessica Jones (Krysten Ritter) was a super-heroine in a former life, but gave it all up. Now she’s trying to start a new life as a private investigator, but is afflicted with post-traumatic stress disorder and continues to be haunted by her past.

David Tennant (Doctor Who) co-stars as the villainous Kilgrave, a mysterious “Purple Man” who emits pheromones that allow him to control the actions of others. (That sounds like it could be him on the teaser shouting Jessica’s name.) Also co-starring are Mike Colter (The Good Wife), Rachael Taylor (Crisis), Carrie-Anne Moss (The Matrix), Eka Darville (The Originals), and Erin Moriarty (True Detective). 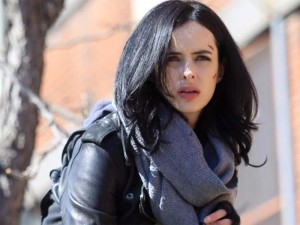 Colter has been cast as Luke Cage, who will appear in the first season of Jessica Jones before getting his own show.

Along with the teaser comes the show’s release date: all 13 episodes will be available for streaming on Friday, November 20.

The third Marvel series, Luke Cage, is due in 2016 — followed later by Iron Fist and then the team-up event The Defenders. Netflix has said that it plans to release a new Marvel season about every six months, but hasn’t clarified what will happen when these shows are renewed for follow-up seasons that begin to stack up with one another.

Daredevil has been given a second season, expected to arrive next spring — with Elodie Yung (G.I. Joe: Retaliation) recently cast as Elektra.

Take a look at the teaser below, and keep your browser tuned to SciFi Stream for more on Marvel’s Jessica Jones!