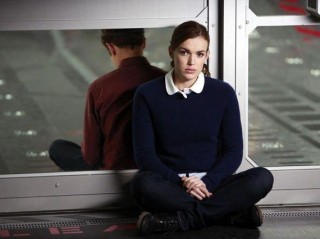 If you’ve been keeping up on Agents of S.H.I.E.L.D., Once Upon A Time, and ABC’s other fine programs using the magic of Hulu or ABC.com, you’re in for a wait.

Gigaom reports that ABC is bumping back online delivery of just-aired episodes back an extra week. Starting January 6, new episodes will be available online eight days after broadcast, instead of the following day.

That’s the same practice followed by a few other shows and networks, including The CW.

The exception to the new 8-day rule is for those who are already paying for access. Hulu Plus and cable subscribers will still be able to watch new episodes next-day, but they’ll have to sign in to do it. (Episodes will also still be available for next-day purchase at iTunes and Amazon.)

We’ll continue to post Hulu embeds of the new episodes here at SciFi Stream, as they become available. The next new episode of S.H.I.E.L.D., “The Magical Place,” should be available online on Wednesday, January 15.

Agents of S.H.I.E.L.D. returns next Tuesday at 8/7c. Once Upon A Time and Once Wonderland are on hiatus until March.