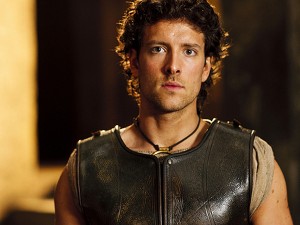 Coming in with a very strong showing at number seven is the new BBC fantasy series Atlantis, which comes from the producers of Merlin and Misfits and gives a creative new take on some of the ancient Greek myths. The show has just wrapped up in the U.K., and is at the half-way mark on BBC America.

Because SciFi Stream spun-off of a Stargate site we wondered at first if Atlantis wasn’t enjoying some click-throughs from those looking for more info on Stargate Atlantis. But that doesn’t seem to be the case any more, as fans of the new show continue to come back to read up on the adventures of Jason, Hercules, and Pythagoras. Season Two will be along next fall. 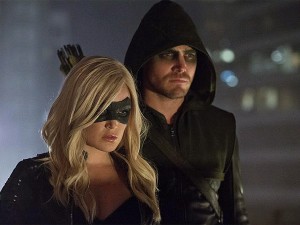 Maybe the best show on The CW right now, the comic book-themed Arrow was one of those rare gems that was strong right out of the gate. Season One concluded in the spring and this fall Season Two has only built on its success, adding characters from the DC Comics world and expanding the show’s mythology.

In the last episodes broadcast in 2013 we’ve just met Barry Allen (actor Grant Gustin), who will get a pilot for his own series as the Flash. Is Arrow going to get a spin-off in 2014? You’ll have to stick around to find out. 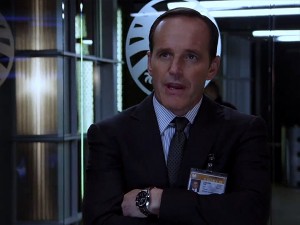 With the box office performance of The Avengers and the fan cred of Joss Whedon, pretty much the whole universe expected ABC and Marvel’s Agents of S.H.I.E.L.D. to be a success. The pilot was well-reviewed … but after that the show seemed to lurch about a bit, trying to figure out how to tell stories in this universe on a TV scale. S.H.I.E.L.D. has thus tried to be both ambitious and grounded, with mixed results so far.

The cast and the writers do seem up to the task, but so far the results are mostly two-dimensional. By the end of the first season we hope to be saying that S.H.I.E.L.D. found its A-game and turned out to be the best new genre show of the season. But, hey, we’re optimists. And we’re definitely on board for the long-haul.

NEXT: Cable Still Has Your Favorite Shows