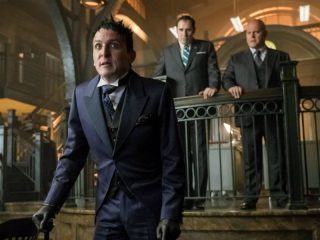 Welcome to the 2016-2017 broadcast season! This week our favorite network science fiction and fantasy series begin a steady roll-out, starting with FOX and ABC.

Leading the way tonight is the premiere of the third season of Gotham. Jim Gordon is now a private detective on the mean streets of the mad city, where more extreme villains and monstrous creatures put the citizens of Gotham under greater threat than ever before.

Also returning this week: The Agents of S.H.I.E.L.D. are back with the start of Season Four, which introduces Ghost Rider as Phil Coulson’s team continues their search for Quake — a.k.a. their former teammate Daisy Johnson. And on the sixth season premiere of Once Upon A Time, Storybrooke becomes a haven for refugees from the Land of Untold Stories. 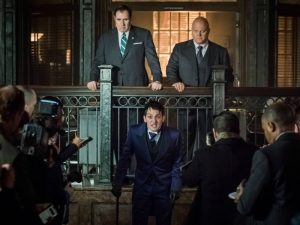 GOTHAM
FOX, 8/7c – SEASON PREMIERE!
“Better to Reign in Hell …” Gordon works in a monster-ridden Gotham as a bounty hunter and seeks to find answers about the Indian Hill escapees, and why their powers appear to be killing them. Meanwhile, Bruce’s doppelganger roams the streets, and Barbara and Tabitha open a new nightclub called The Sirens.
TUESDAY 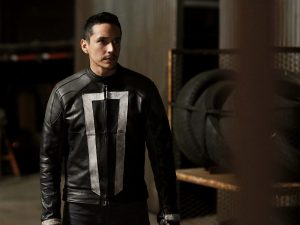 AGENTS OF S.H.I.E.L.D.
ABC, 10/9c – SEASON PREMIERE!
“The Ghost.” In light of the Sokovia Accords, and with Hydra obliterated, S.H.I.E.L.D. has been legitimatized again and no longer needs to operate in the shadows. But now Ghost Rider is coming, and S.H.I.E.L.D will never be the same.
SUNDAY 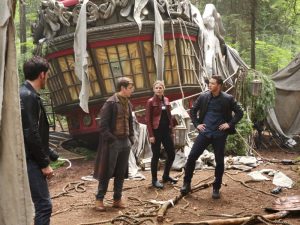 ONCE UPON A TIME
ABC, 8/7c – SEASON PREMIERE!
“The Savior.” As our heroes set out to stop Hyde, Emma develops a mysterious side effect, and Storybrooke becomes a haven for refugees from the Land of Untold Stories. Meanwhile Rumple tries to free Belle from the sleeping Curse with the help of a stranger, and in a flashback Jafar confronts an afflicted Aladdin in Agrabah. 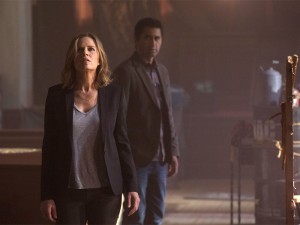 FEAR THE WALKING DEAD
AMC, 9/8c
“Date of Death.” Madison struggles to cope as a large number of refugees flood into the hotel, including someone familiar but unexpected.