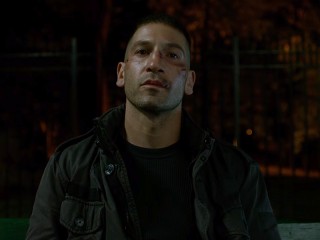 The first full-length trailer for the new season of Marvel’s Daredevil has arrived, and it is wall-to-wall Punisher. Take a look below.

Jon Bernthal (The Walking Dead) joins the show this season as Frank Castle, a.k.a. The Punisher, a man seeking to avenge the murder of his family by targeting the criminal element of Hell’s Kitchen with lethal precision. This sets up an ideological difference between him and Daredevil, who is trying to clean up the city but refuses to kill in the name of justice.

Season Two drops on Netflix in its entirety on Friday, March 18.

Keep your browser locked on SciFi Stream for more on the return of Marvel’s Daredevil!