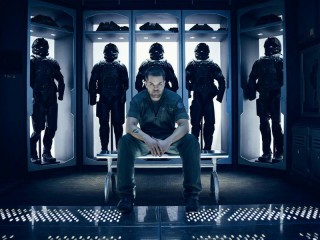 It’s a big week for Syfy Channel, which is wrapping up 2015 with the one-two punch of Childhood’s End and The Expanse.

Based on the classic science fiction novel by Arthur C. Clarke, Childhood’s End is a 3-night mini-series event that tells the story of a supposedly peaceful invasion of the Earth by an alien race. The “Overlords” seem at first to bring peace, advancement, even a utopia on our planet … but at a cost that may prove impossibly high.

Also kicking off this week is Syfy’s new space-based character drama The Expanse, based on the books by James S. A. Corey. The story starts with a 2-night premiere, Monday and Tuesday after Childhood’s End.

But as new shows begin, another comes to its end. Thursday it’s the series finale of Haven, airing on Syfy as a 2-hour event.

Here’s your schedule for sci-fi and fantasy airing this week: 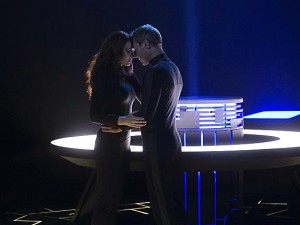 SUPERGIRL
CBS, 8/7c
“Hostile Takeover.” Kara goes toe-to-toe with Astra when her aunt challenges Kara’s beliefs about her mother. Also, Cat is threatened with being removed as the CEO of CatCo after a hacker exposes her private and damaging emails. 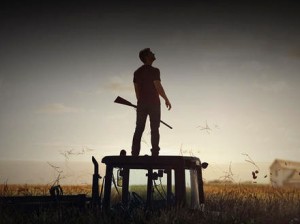 CHILDHOOD’S END
Syfy, 8/7c – MINI-SERIES PREMIERE!
“Night One: The Overlords.” An alien presence arrives on Earth with the intention to end all suffering and guide humanity into a utopia. But not everyone is so quick to believe these mysterious visitors are as peaceful as they seem in the series opener. 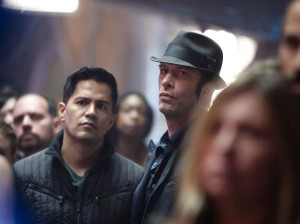 THE EXPANSE
Syfy, 10/9c – SERIES PREMIERE!
“Dulcinea.” In a future where humans have colonized our solar system James Holden and the crew of the ice hauler Canterbury investigate a distress call from a mysterious ship. Elsewhere, Detective Joe Miller is tasked with locating the missing daughter of a wealthy family.
TUESDAY 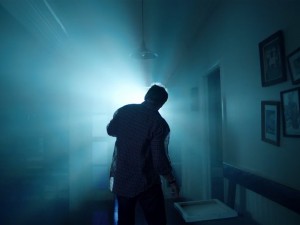 CHILDHOOD’S END
Syfy, 8/7c
“Night Two: The Deceivers.” The motivations of the aliens are questioned when people begin to notice changes in their children. 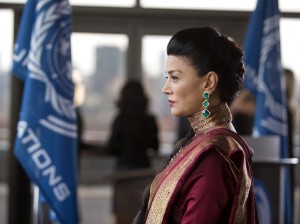 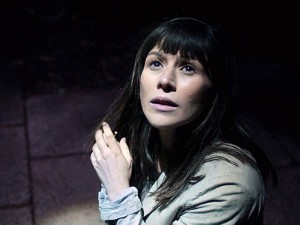 CHILDHOOD’S END
Syfy, 8/7c
“Night Three: The Children.” A new age dawns as children begin to exhibit advanced abilities, but it’s unclear what this means for the future of humanity.
THURSDAY 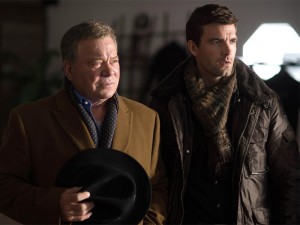 HAVEN
Syfy, 10/9c – 2-HOUR SERIES FINALE!
“Now.” Hope of ending the troubles begins to fade as the heroes struggle to rebuild the Barn in the face of mounting obstacles. And while Dwight is tempted by a surprise gift, Nathan finds himself considering a devastating sacrifice. 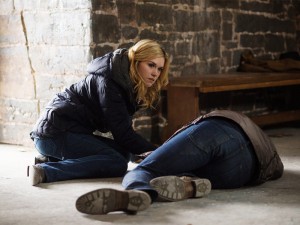 “Forever.” Nathan struggles to return to Haven as Dwight reconsiders his future in the series finale, which also finds Audrey coming to a terrifying decision about how she might finally save the town from Croatoan.

THE LIBRARIANS
TNT, 8/7c
“And the Happily Ever Afters.” The team has scattered, all living the ideal versions of their lives. Soon these “strangers” are drawn together to solve a supernatural mystery — the appearance of Ariel, the sprite bound to Prospero’s service. Can the Librarians do what no other human has ever been able – turn their backs on their own ultimate happy endings?