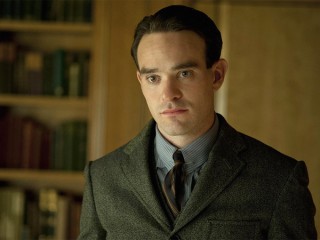 Now that Marvel pretty much owns the superhero genre on the big screen, the studio is turning its attention to television. Following on Agents of S.H.I.E.L.D. and the new prequel Agent Carter, the studio will send four of its lesser-known heroes to Netflix.

Today sources report (but Marvel won’t yet confirm) that actor Charlie Cox will play the title role in the first of those, Daredevil. The 13-episode series will be released in 2015.

Cox appeared opposite Clare Danes in the feature film Stardust, and has also appeared on Boardwalk Empire and Downton Abbey.

In Daredevil he will play Matt Murdock, a blind man with heightened senses who fights crime in the Hell’s Kitchen neighborhood of New York City. Ben Affleck played the character in the 2003 feature.