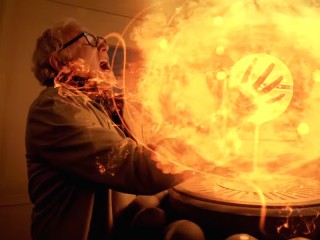 The CW’s third series in the DC Comics universe now has a premiere date, not to mention an epic first trailer.

That’s in keeping with predictions that The CW will air their trilogy of DC shows on successive nights of the week: The Flash on Tuesdays, Arrow on Wednesdays, and Legends on Thursdays.

In DC’S LEGENDS OF TOMORROW, when heroes alone are not enough … the world needs legends. Having seen the future, one he will desperately try to prevent from happening, time-traveling rogue Rip Hunter is tasked with assembling a disparate group of both heroes and villains to confront an unstoppable threat – one in which not only the planet is at stake, but all of time itself. Can this ragtag team defeat an immortal threat unlike anything they have ever known?

Vampire dramas The Vampire Diaries and The Originals will move to Fridays.

Take a look at the trailer below, and stay tuned for much more on Legends of Tomorrow as we get ready to launch our full show guide here at SciFi Stream!