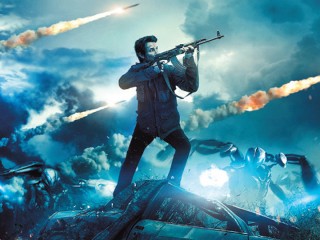 It’s the end of the war for the 2nd Mass: After five exciting summers Falling Skies concludes this Sunday night on TNT. Don’t miss the final hour as Tom Mason leads the charge against the invading Espheni war machine — one final battle, with the Earth itself at stake!

The town of Defiance faces a last-ditch effort to stop the threat of the Omec, and suspicions threaten to tear apart the Raza crew as the person responsible for their memory wipe finally makes their move. 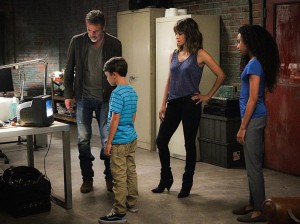 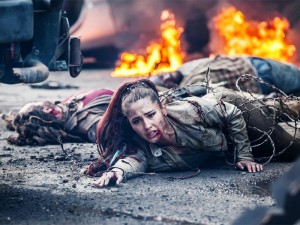 DOMINION
Syfy, 10/9c
“The Longest Mile Home.” Alex, Noma and Michael near Vega; Julian pushes for the location of the amphora; Claire must make a harrowing decision.
FRIDAY 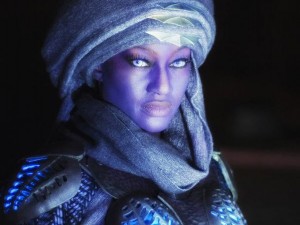 DEFIANCE
Syfy, 8/7c – SEASON FINALE!
“Upon the March We Fittest Die.” Omec hunt Defiance citizens; Nolan, Amanda, and the others undertake a potential suicide mission to end the threat once and for all. 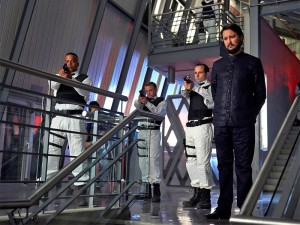 DARK MATTER
Syfy, 9/8c – SEASON FINALE!
“Episode 12.” The team’s handler, Tabor Calchek, sets the crew off on another mission, this one a seemingly simple retrieval op involving a scientist being held against his will on a remote world. What seems like a simple snatch and grab quickly devolves into a horrifying ordeal for one member of the crew, orchestrated by a powerful individual from her past. 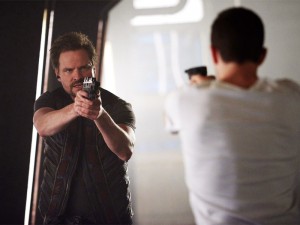 “Episode 13.” When members of the crew are targeted, a top to bottom search is enacted for the mysterious perpetrator who somehow gained access to the ship but as the search drags on, suspicion shifts to more familiar possibilities. As the paranoia mounts, alliances shift, secrets are revealed, and the individual responsible for their collective mind wipe finally makes their move. 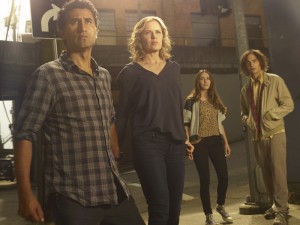 FEAR THE WALKING DEAD
AMC, 9/8c
“So Close, Yet So Far.” While Madison struggles to keep Nick from crippling withdrawal, Travis ventures out to find his son before the city of Los Angeles falls. 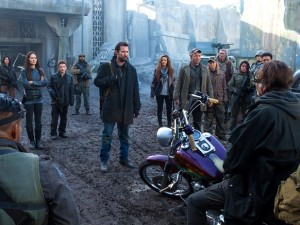 FALLING SKIES
TNT, 10/9c – SERIES FINALE!
“Reborn.” The final standoff brings the Masons, the 2nd Mass and their new allies into the bowels of an iconic American location, wrought with new and unpredictable obstacles. Despite great loss along the way, they must persevere with hopes of once and for all reclaiming Earth and humanity.