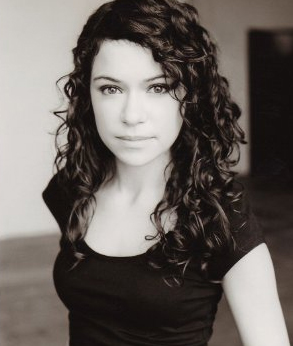 The newly-announced clone series Orphan Black just got its lead actress.  Canadian actress Tatiana Maslany has been cast as Sarah, a woman who assumes the life of a dead woman who looks just like her … only to learn that they are both clones.

Maslany has had recurring roles on Being Erica and Heartland.  The 27-year-old has also appeared on Flashpoint, Syfy’s Alphas, and a number of other Canada-based TV series and films.

“We are extremely excited about Orphan Black, and as soon as we saw Tatiana perform, we knew she would be perfect,” said Corrie Coe, Bell Media’s Senior Vice-President for Independent Production. “Tatiana is an exceptionally fine actor, and her star is on the rise. We are confident that she will excel in this complex and compelling role, and that our audience will be fascinated by the chameleon qualities that she brings to the part.”

Here’s how the show’s storyline is described:

Maslany stars as Sarah, an outsider, orphan, and street-wise chameleon who has a murky past and tenuous future after she witnesses a woman’s suicide. After deciding to assume the identity of the dead stranger who looks just like her, Sarah learns the dizzying truth – that she and the dead woman are clones. As Sarah searches for answers, she discovers another chilling fact: there are more clones out there. They are all genetically identical individuals who were planted in unsuspecting birth parents and nurtured in completely different circumstances. They have no idea who created them – or why – but they need to discover the reason in a hurry. An assassin is killing them, one by one.

Orphan Black is being developed by SPACE and BBC America, and will be distributed internationally by BBC Worldwide. Ivan Schneeberg and David Fortier (Being Erica), Graeme Manson (Flashpoint), and John Fawcett (The Secret Circle) will executive produce.