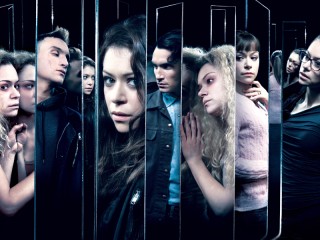 One of cable’s quirkiest and coolest science fiction dramas returns this week! It’s time for the third season of Orphan Black (Saturday night on BBC America), and the deadly Castor clones are on the march — changing life forever for the girls of Project Leda.

Also this week: Felicity and the Atom visit Central City for an all-star team-up with The Flash (also guest starring The Walking Dead‘s Emily Kinney), while Team Arrow have to deal with a meta-human for a change. Heroes‘ Milo Ventimiglia guest stars as a serial killer on Gotham, and Game of Thrones finally visits the distant lands of Braavos and Dorne.

Over on Syfy Channel, fantasy shows Bitten and Lost Girl return to Syfy with their new seasons on Friday night.

We should also mention Daredevil, which last week made its splashdown on Netflix. The buzz is good so far on the street-level Marvel hero series, which will be followed by A.K.A. Jessica Jones, Luke Cage, Iron Fist, and then the team-up miniseries The Defenders. Daredevil‘s entire first season of 13 episodes is streaming now! 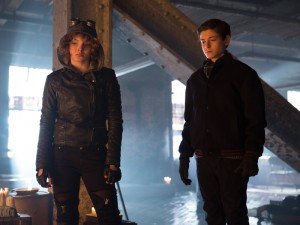 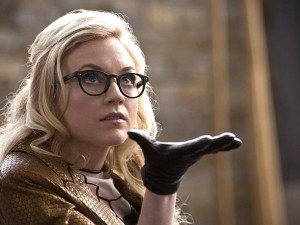 THE FLASH
The CW, 8/7c
“All Star Team Up.” Barry is surprised when Felicity Smoak arrives from Starling City along with her boyfriend, Ray Palmer, who flies in as the Atom. Their timing turns out to be fortuitous after a meta-human unleashes hundreds of robotic bees to attack and kill her former co-workers. 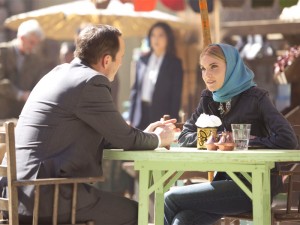 AGENTS OF S.H.I.E.L.D.
ABC, 9/8c
“Melinda.” The story of Melinda May’s transformation into “The Cavalry” is revealed as she finds herself at a crossroads in the war between Coulson and Gonzales. As Skye learns more about her true heritage from Lincoln, the truth about the Inhumans will send her in a new direction.
WEDNESDAY 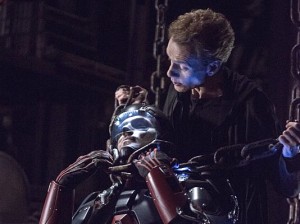 ARROW
The CW, 8/7c
“Broken Arrow.” Lance continues his mission to take down the Arrow so Felicity orders Oliver to keep a low profile. However, when a meta-human named Jake Simmons starts terrorizing Starling City, Oliver is forced to ask Ray for help and the unlikely duo is forced to team up to save the city.
FRIDAY 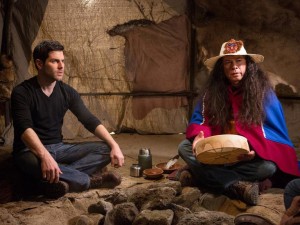 GRIMM
NBC, 8/7c
“Mishipeshu.” A homicide leads Nick and Hank onto the dark and mysterious path of a local Native American power quest. Meanwhile, Juliette’s erratic behavior lands her on the wrong side of the law. At the spice shop, Rosalee and Monroe are on a mission and call on Captain Renard for help.
SATURDAY 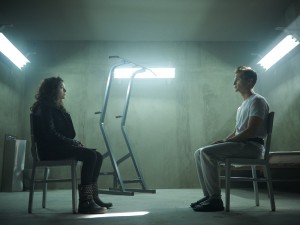 ORPHAN BLACK
BBC America, 9/8c – SEASON PREMIERE!
“The Weight of This Combination.” Sarah pursues the missing Helena who is held in a faraway compound. Sarah must use her wiles — and acting chops — to deter a Topside investigator who threatens the Leda sisters’ lives. Meanwhile, Cosima appears to be rebounding from her illness, while Alison and Donnie face newfound financial woes. But when the menace of Castor rears its head once more, Sarah and her entire family must come together to survive.
SUNDAY 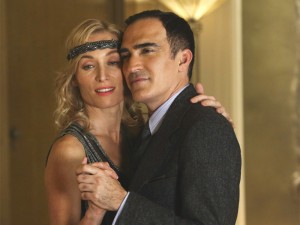 ONCE UPON A TIME
ABC, 8/7c
“Sympathy for the De Vil.” In fictional 1920s England a young Cruella is confined to her mother’s attic until a mysterious stranger arrives and empowers her to challenge her captor. In Storybrooke, Regina gains leverage to keep Gold from interfering with her plan to rescue Robin, but her trip to New York takes the backseat when she and Emma learn that Cruella has kidnapped Henry. 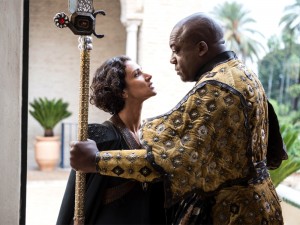 GAME OF THRONES
HBO, 9/8c
“The House of Black and White.” Arya arrives in Braavos. Pod and Brienne run into trouble on the road. Cersei fears for her daughter’s safety in Dorne as Ellaria Sand seeks revenge for Oberyn’s death. Stannis tempts Jon. An advisor tempts Daenerys.