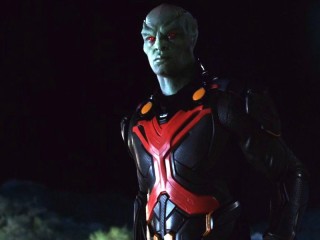 The first brilliant stroke for CBS’s Supergirl was to include the Martian Manhunter, incognito, on the show’s main cast. J’onn J’onzz is an alien, like Kara, and like her he risks being ostracized should he reveal himself to the world.

And now the cat’s out of the bag.

In this week’s new episode we’ll go back to the past to find out how J’onn became Hank Henshaw, including his fateful meeting with Kara and Alex’s father, Jeremiah (guest star Dean Cain, Lois & Clark).

Also this week: Arrow and The Flash are back after a short break, and both DC heroes are having woman troubles. Green Arrow squares off against Cupid when the love-sick archer returns to Star City, while the Flash comes up against a beautiful female speedster. And on Grimm, Nick and Hank find evidence of a Wesen disease that could be the origin of the werewolf myth. 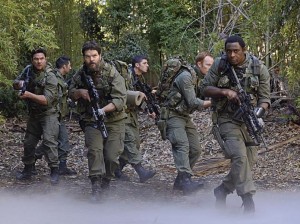 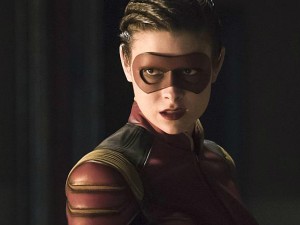 THE FLASH
The CW, 8/7c
“Trajectory.” Deciding to blow off some steam, Barry and the team head out for a night on the town only to encounter an unexpected speedster who is up to no good. Iris is challenged by an assignment from her new boss, and is surprised when friction turns to flirtation. 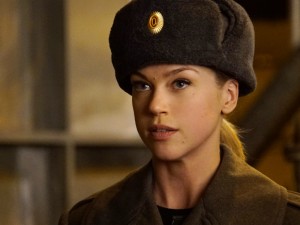 AGENTS OF S.H.I.E.L.D.
ABC, 9/8c
“Parting Shot.” Bobbi and Hunter become ensnared in an assassination plot after tracking Malick to Russia. As S.H.I.E.L.D. races to save the lives on the line, the team is changed forever.
WEDNESDAY 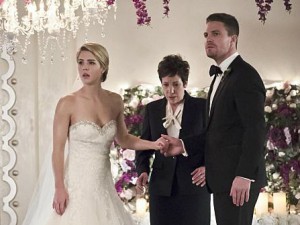 ARROW
The CW, 8/7c
“Broken Hearts.” A heartbroken Cupid returns to Star City with one goal — to destroy anyone in love. The team learns she’s killing couples on their wedding day so Oliver and Felicity decide to pose as bait.
THURSDAY

LEGENDS OF TOMORROW returns with a new episode next week.

THE 100 returns with a new episode next week. 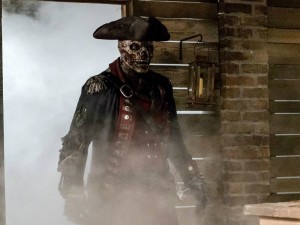 SLEEPY HOLLOW
FOX, 8/7c
“Dawn’s Early Light.” As The Hidden One grows stronger, Crane must examine his past with Betsy Ross to find the key to stopping him. Meanwhile, Jenny wonders if she can ever have a relationship with her father, and Abbie faces a hard decision as things with Reynolds become more strained. 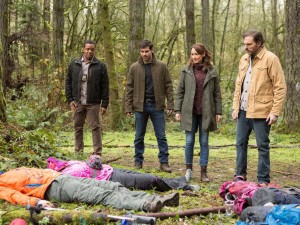 GRIMM
NBC, 9/8c
“Lycanthropia.” Following a brutal attack in the woods, Nick and Hank stumble upon a terrifying Wesen disease that may be the inspiration for the modern-day werewolf myth. Meanwhile, Adalind is offered an uneasy alliance that may help her get back what she wants most. Elsewhere, Eve’s investigation uncovers a surprising revelation.
SUNDAY 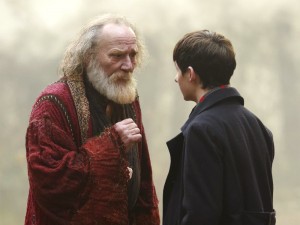 ONCE UPON A TIME
ABC, 8/7c
“The Brothers Jones.” Finally reunited, Hook and Emma must find a way to defeat Hades so that they can return to Storybrooke. A surprise visit from Hook’s departed brother Liam just might provide the lead they were looking for — a book that contained the key to his downfall. Tired of watching from the sidelines, Henry secretly takes matters into his own hands while the others search for the book. Meanwhile, Hades redoubles his efforts to trap the heroes in the Underworld by playing them against one another. 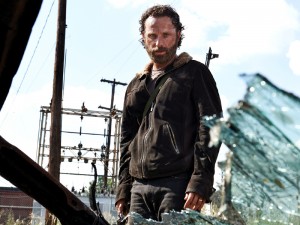 THE WALKING DEAD
AMC, 9/8c
“East.” When someone goes missing in Alexandria, the community goes on alert, and search parties venture out.