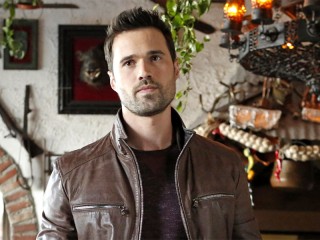 Things are getting complicated on S.H.I.E.L.D.

On the run from Robert Gonzalez and the “real” S.H.I.E.L.D. organization, Agent Phil Coulson has to play every card he has and turn even to old enemies for aid. And that means … none other than former Hydra spy Grant Ward!

Also this week: A serial killer sets his signs on Barbara on Gotham, and on Game of Thrones Margaery enjoys her new status in King’s Landing. The Flash faces a meta-human who can impersonate anyone he touches, and the Castor clones are stirring up trouble on Orphan Black.

And if you haven’t seen Daredevil yet, why not start it this week on Netflix! 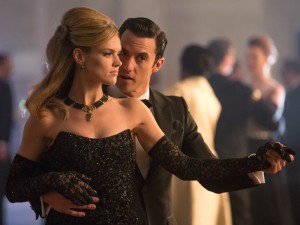 GOTHAM
FOX, 8/7c
“Under the Knife.” Gordon and Bullock continue to investigate the Ogre, who begins to make his move on someone close to Gordon. Meanwhile, Bruce and Selina team up to expose a corrupt Wayne Enterprises employee and Nygma comes to Kristin Kringle’s defense.
TUESDAY 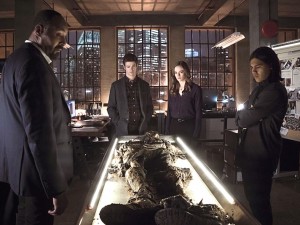 THE FLASH
The CW, 8/7c
“Who is Harrison Wells?” Joe and Cisco head to Starling City to continue their investigation of Dr. Wells. Back in Central City, Barry races to catch a meta-human named Hannibal Bates who can transform himself into every person he touches — which includes Eddie, Iris, Caitlin, and even the Flash. 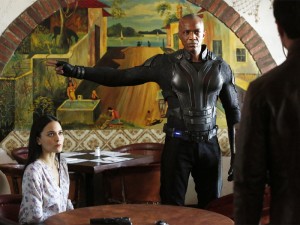 AGENTS OF S.H.I.E.L.D.
ABC, 9/8c
“Frenemy of My Enemy.” A dangerous new alliance is formed as Coulson and Hunter turn to the last person anyone would expect — Grant Ward! As the war between S.H.I.E.L.D. factions continues, Skye and Lincoln will find themselves drawn into this conflict.
WEDNESDAY 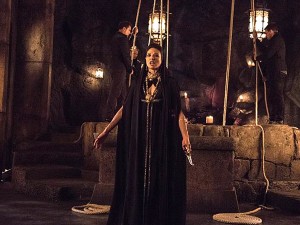 ARROW
The CW, 8/7c
“The Fallen.” Ra’s al Ghul finally makes Oliver an offer he can’t refuse. The team joins Oliver on his journey to Nanda Parbat where a heartbroken Felicity decides to take matters into her own hands.
FRIDAY

GRIMM
NBC, 8/7c
“Iron Hans.” Nick and Hank are brought in to investigate a homicide they learn is connected to an age-old Wesen rite of passage. Meanwhile, Juliette makes a surprising new ally. Elsewhere, Captain Renard continues to battle a darkness within, and Nick finds hope for Juliette in the last person he expected — Adalind. 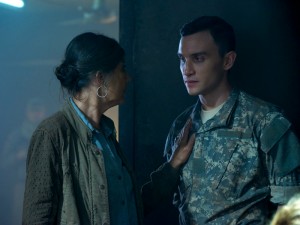 ORPHAN BLACK
BBC America, 9/8c
“Transitory Sacrifices of Crisis.” Castor pursues the Leda clones for original tissue samples. Helena, who is pregnant and imprisoned, is examined by a mysterious new villain. The Castor boys are also out to play, toying with a frightened young woman, Patty, in a sexy switcheroo that ultimately sets Sarah — and Art — hot on the Castor trail. But it’s not all fun and games for the Castor boys, as Sarah gleans they may have a mysterious defect that puts their lives in peril.
SUNDAY 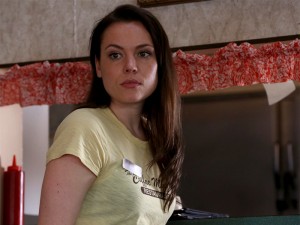 ONCE UPON A TIME
ABC, 8/7c
“Lily.” Emma’s potential for darkness is looming over everyone, but when Emma realizes Maleficent’s daughter Lily is in fact her closest friend from her foster care days, she resolves to find Lily and reunite her with her mother. Meanwhile, in Storybrooke, Gold faces a crisis involving Belle. In a foster care flashback, things are looking up for young Emma with her new family until Lily’s appearance threatens to destabilize everything. 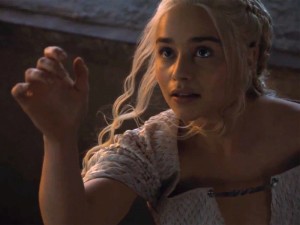