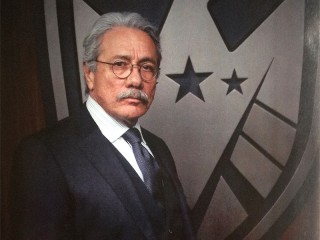 Commander Bill Adama himself is coming to Marvel’s Agents of S.H.I.E.L.D. … or, at least the actor who played the Battlestar Galactica legend.

Actor Edward James Olmos guest stars on this week’s new episode, playing Robert Gonzales — a character whose appearance is said to have major repercussions for Phil Coulson’s version of S.H.I.E.L.D. (If you caught the end of last week’s episode, you might have an idea what that means …) Has Coulson met his match?

Also this week: 12 Monkeys‘ Cole travels to the year 1987, where in Tokyo he encounters a younger version of Leland Goines (guest star Zeljko Ivanek). On The Flash Captain Cold and Heat Wave return to Central City, this time bringing along Snart’s sister (guest star Peyton List, The Tomorrow People). And Daryl experiences trouble while outside the town walls on The Walking Dead. 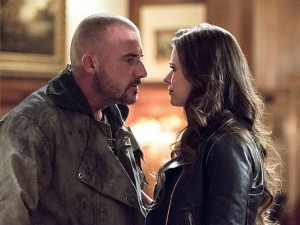 THE FLASH
The CW, 8/7c
“Rogue Time.” The Flash learns that Captain Cold and Heat Wave have returned to Central City. This time Snart has brought along his baby sister Lisa to help wreak havoc on the city. 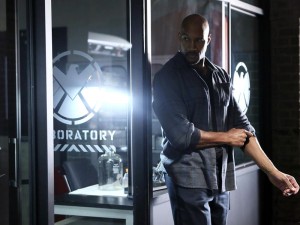 AGENTS OF S.H.I.E.L.D.
ABC, 9/8c
“Love In the Time of Hydra.” Coulson and his team are still reeling from a shocking revelation that leaves the team fractured as they must decide what to do with one of their own. Meanwhile, Bobbi and Mack reveal their true allegiance to Hunter, while elsewhere, Ward and Agent 33 embark on a personal mission.
WEDNESDAY 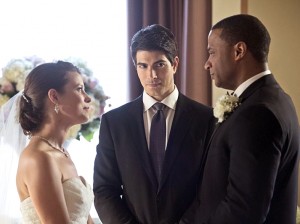 ARROW
The CW, 8/7c
“Suicidal Tendencies.” It’s celebration time as Diggle and Lyla get married. However, Deadshot interrupts their honeymoon and tells them the Suicide Squad has been given a new mission — rescue United States Senator Joseph Cray from a hostage situation in the Republic of Kasnia. Meanwhile, Oliver learns about Ray’s new Atom costume and the two have a heated stand-off.
FRIDAY 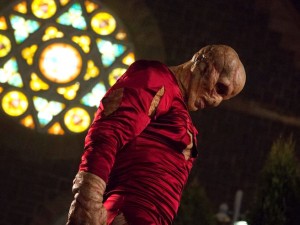 GRIMM
NBC, 8/7c
“Double Date.” Nick and Hank are called to investigate a one night stand turned deadly when a man finds himself in the middle of a very bizarre love triangle. Captain Renard hopes Monroe and Rosalee can help him deal with recurring episodes of phantom bleeding. 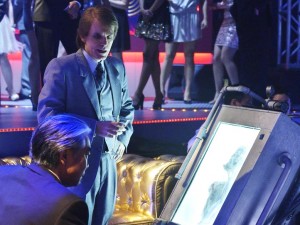 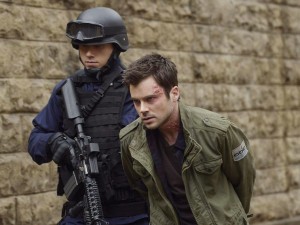 HELIX
Syfy, 10/9c
“Plan B.” The Navy prepare to implement Plan B, a final solution to ensure that the virus and everyone infected with it never make it off the island.
SUNDAY 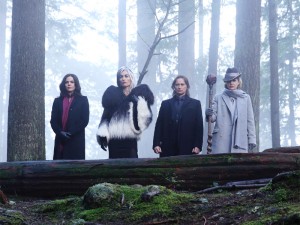 ONCE UPON A TIME
ABC, 8/7c
“Best Laid Plans.” Hook tells Emma that her fate is at stake in Gold’s plan while Regina leads the villains on a wild goose chase. Henry makes a breakthrough in his search to find the Author. In a Fairy Tale Land flashback, Snow and Charming search for a way to ensure their child will grow-up to be a hero. 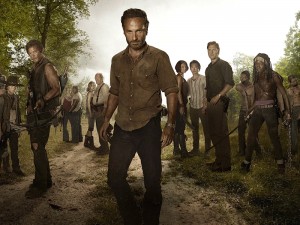 THE WALKING DEAD
AMC, 9/8c
“Conquer.” Daryl experiences trouble on a run, while Rick and his group continue to feel like outsiders in Alexandria, where trouble is creeping into the gates.