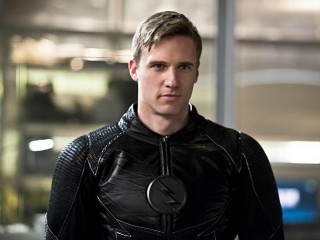 Convinced he has acquired enough speed to beat Zoom, Barry looks to open a breach — making a way for his enemy to come through and once again wreak havoc on the people he loves. Harry reveals Hunter Zoloman’s frightening history on Earth-2.

Equipped with the tachyon device, Barry (Grant Gustin) believes he is fast enough to stop Zoom (guest star Teddy Sears) and wants to open the breaches to catch him. Harry (Tom Cavanagh) strongly advises against that plan but after Barry convinces him, Harry reveals that Cisco (Carlos Valdes) has the power to re-open the breach. Meanwhile, Hunter Zoloman's (Teddy Sears) painful story on Earth-2 is revealed.