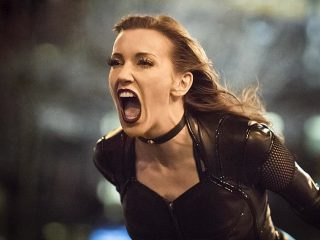 Zoom unleashes an army of Earth-2 meta-humans on Central City — including an evil version of Laurel Lance. Meanwhile Wally puts himself at risk to try and help the Flash, Barry’s loved-ones become concerned about his confidence level following his recent experience, and Cisco has a vision of the end of the world.